In celebration of the debut of the Filipino female vocal duo “polar”, event production company OtaCute will hold a  campaign “Let’s move farther with polar!” from August 10 (Tuesday) with equivalent goals linked to the number of views  of their music videos. 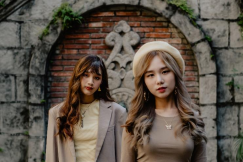 On July 30th, Filipino female vocal duo “polar” debuts their first single “Farther”. In celebration of gaining more than  100,000 views. The duo has decided to give their fans a little something for every time the Music Video reaches a certain  number of views. The campaign serves as a challenge to the fans and supporters of the duo.

To commemorate the 100,000 views, a live broadcast will be held on Wednesday, August 11, where the two members of  polar will read and respond to the comments on the music video. 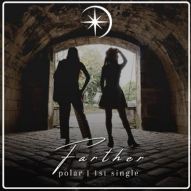 The debut single of the Filipino female vocal duo “polar” was co-produced by OtaCute, an event production company  with a mission of “Happiness to Everyone”, and Yoshihide Fujita, a producer who has worked with over 200 artists in  Japan and abroad. Debut single.

The duo’s acoustic sound has been distributed worldwide across borders. Ashley and Faith of polar have written their own lyrics about their experiences, hopes for the future, and struggles,  creating a message song for their generation.

In the midst of various restrictions due to the Corona disaster, they recorded the song for the first time by connecting  Japan and the Philippines online. The passion of the artists transcended the language barrier and synchronized with the  thoughts of the production staff to create a message that is like a candle to the youth of the world.