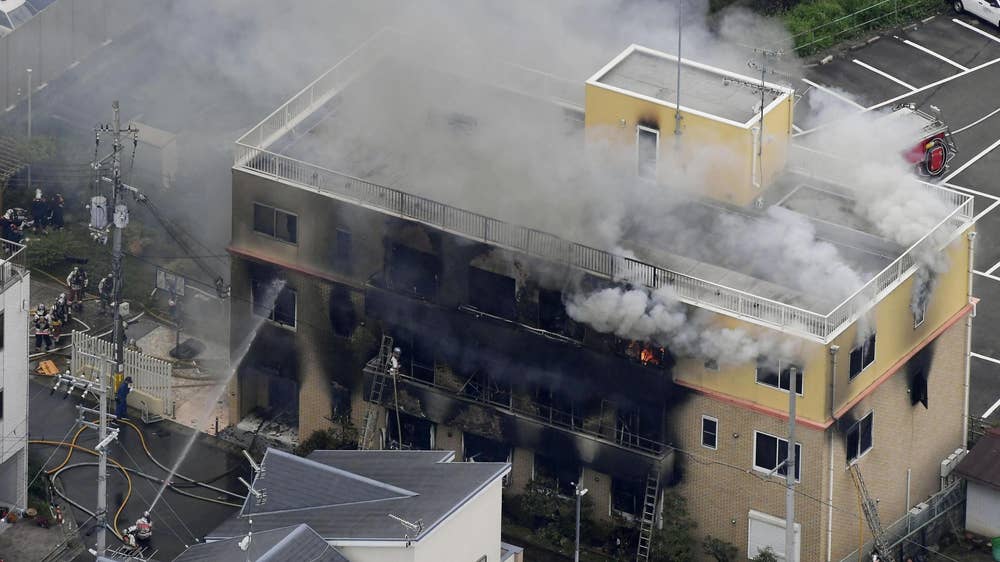 [DEVELOPING STORY] Kyoto Fire Department confirmed that 33 people are have died in a suspected arson attack in Kyoto. The 36 people are injured and no one casualties left in the building as of now.

The fire broke out around 10:30 a.m. on Thursday at the studio of Kyoto Animation. It took firefighters nearly five hours to extinguish the blaze. Officials say about 70 people were in the building at the time of the fire.

Police say one suspect, believed to be in his 40’s, has been taken into custody.

He is now being treated at a nearby hospital.

The man was reportedly seen pouring a flammable liquid inside the building before it went up in flames. Witnesses also say he was heard yelling “die” in Japanese.

Japanese prime minister Shinzō Abe posted a statement via Twitter  praying for those who have died and for the fast recovery of those who are injured.

Kyoto Animation is a well-known studio among anime fans. It was founded in 1981 and has produced popular animation shows such as “K-On” and “The Melancholy of Haruhi Suzumiya.”