Gel, Dian, Gela, Erica, Jem, Val, Joyce, Enzel, Zen and Orelle impressed the judges with their live performance of the OPM dance hit “Kembot” by UD4. Shaira, on the other hand was able to come back to the Top 10 while Aria missed a spot in this week’s top rankers. Meet the Top 10 candidates who got the most votes this week according to their rank. 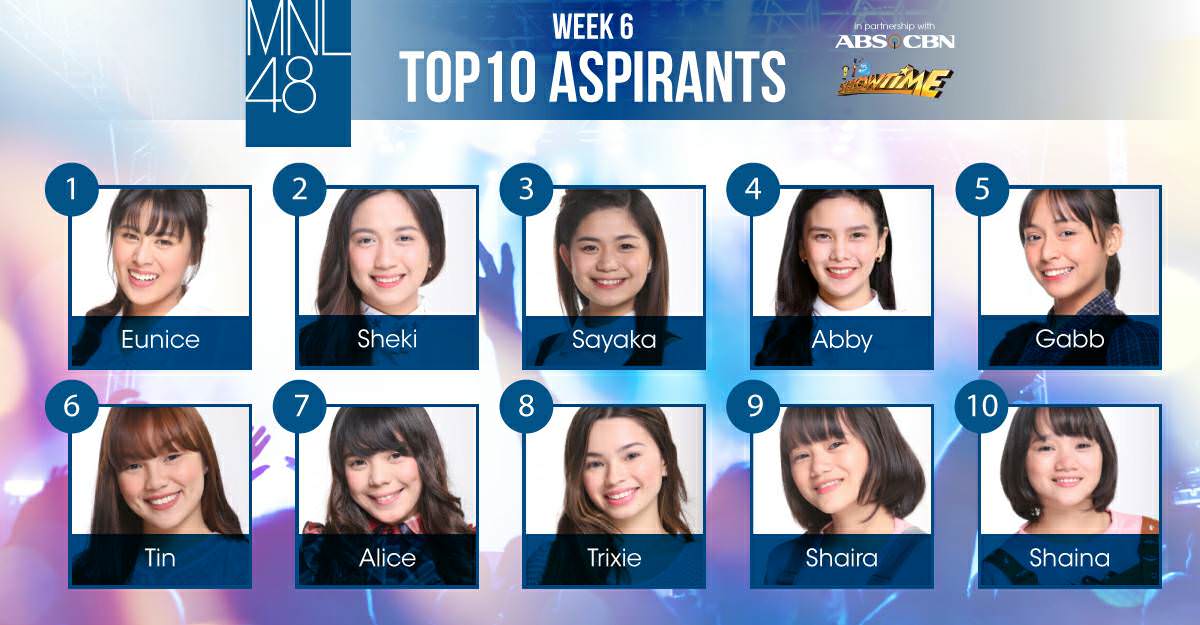 The competition is weeks away from forming MNL48, and the candidates waste no time campaigning for votes, sharpening their talents, and achieving their idol dreams.

Sadly, for the fourth live elimination, Gel, Enzel, Val, Gela and Orelle have to bid adieu to their chance of being part of the all-girl idol group. These hopefuls received the lowest scores from their advisers, coaches, and producers.

Catch the remaining candidates live on MNL48’s Online Update from Monday to Friday at 6PM and Saturday at 5PM on its official Facebook page and YouTube channel.

Stay updated on the real-time ranking of the remaining finalists. Continue to vote and campaign for your Oshi through the MNL48 Plus app available on Google Play and App Store for FREE.