After the heartbreaking first elimination of five aspirants and the announcement of Week 3 Top 10 girls last Saturday, another batch of hopefuls were given a chance to shine onstage as this week’s Top 10 aspirants were revealed today, February 24, on ABS-CBN’s It’s Showtime.

As for our Week 4’s Top 10, Eunice and Sayaka have consistently been Top 1 and Top 2 for the third consecutive weeks, while Alice maintained her rank as Top 3 for this week.

Here are the top-rankers for Week 4 according to their rank: 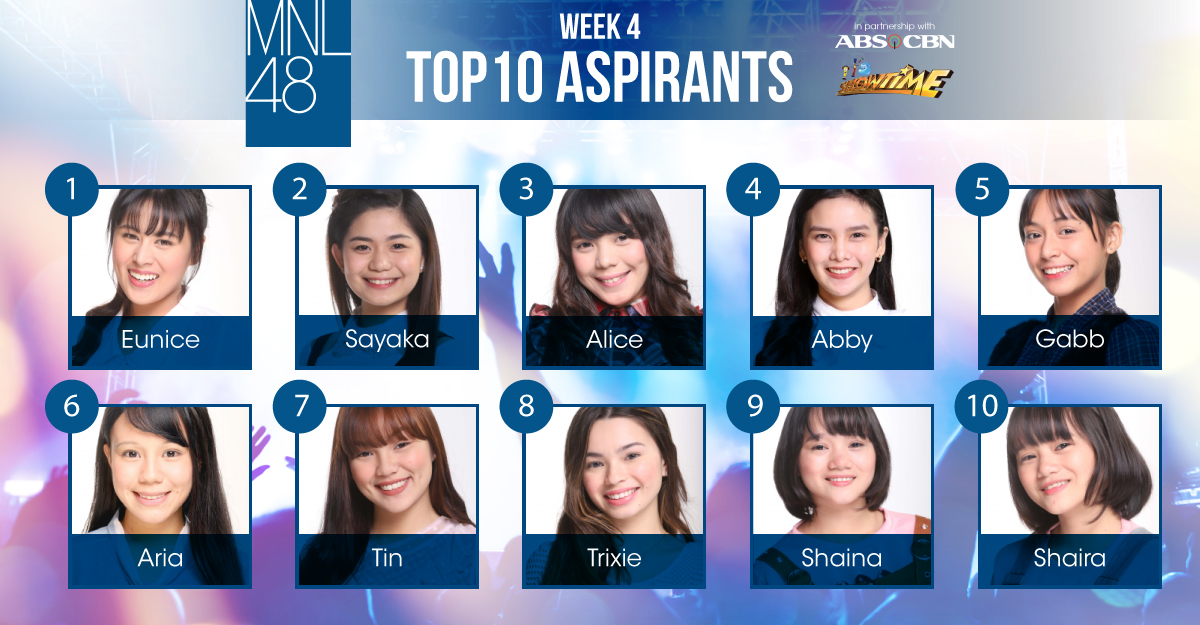 Sadly, another batch of hopefuls ended their MNL48 journey today as their advisers, coaches and producers eliminated 5 aspirants for this week’s live elimination. Early today, we said goodbye to Uriko, Cath, Micah, Alyn and Kimberly.Secure your Oshi’s spot on next week’s Top 10 by continuously campaigning for them and inviting more people to vote using the MNL48 Plus Mobile App, available on Google Play Store and App Store.

Meanwhile, get to know more about the remaining finalists by tuning in on MNL48 Online Update airing from Monday to Saturday at 6PM on its official Facebook page and YouTube Channel.

To view the complete Top 65 ranking, you may visit the MNL48 website and MNL48 Plus mobile app, and get the latest updates by following MNL48 social media accounts.